It’s possible that an ad-blocker is interfering with the video player. Disable the ad-blocker and try again. If issues persist, please see the additional troubleshooting steps below.

This generally occurs when the live stream venue is having internet connectivity issues. Try refreshing the page in a few minutes to see if these issues have been resolved.

There could be a number of causes resulting in slow or interrupted video playback. In general, if you’re connecting over Wi-Fi and experiencing constant rebuffering or other issues during playback, try moving your router to another location and away from other devices that may cause electrical interference.

We recommend the following: 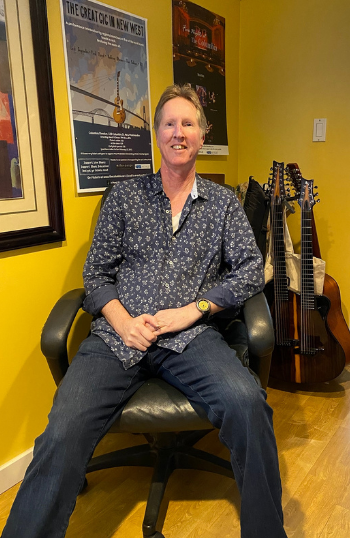 Could a Led Zeppelin or Pink Floyd have emerged in today's music climate? I fear not. We aim to change that!

Emerging artists and those artists operating outside 'the mainstream machine' have traditionally relied on word-of-mouth organic growth to develop their audience. That's a very long, slow process. It was tough before Covid but with live performances essentially cancelled globally, it is a brutal time to develop an audience let alone make passable living. This is bad news not just for artists but also for fans. (If dedicated professionals can't make a living at their chosen profession, what will that do to the quality of music we get to listen to in the coming years?)

Through the generous contributions of our sponsors, we are running marketing campaigns to help music fans discover artists that they are unlikely to stumble across through mainstream sources. We want to help you, as a fan, rekindle the joy of discovering a great act. At the same time, we want to help artists grow their audiences for streamed concerts and/or music purchases so the creation of high quality music can once again flourish. 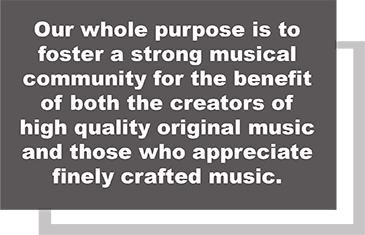 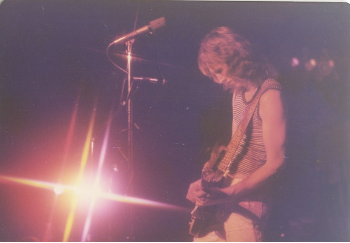 Once upon a time, Michael Dunn was a 'long haired git' playing guitar in the Vancouver bar scene. A shift into the world of recording studios as a trainee engineer at Vancouver's famed Mushroom Studios introduced him to many of Canada's top recording artists of the day including Trooper, Prism, Chilliwack and more. Late night recording sessions that ended after the buses stopped running saw him driving a young lad from North Vancouver home each night after sessions.

(We understand that Bryan Adams did quite well with his musical pursuits).

A standout event was working on sessions with a certain Ringo Starr and his buddy Harry Nilsson.

Fast forward to 2016: as part of an initiative to revitalize the downtown core of his hometown, New Westminster, Michael started producing concerts at the historic Columbia Theatre. Though limited in number, every show was very well received.

The plan for 2020 was to greatly ramp up the number of shows produced but then... well, this thing call Covid...Having had numerous conversations with acts both locally and overseas (as well as diehard music fans on a global basis), we heard the same issues over and over:

Bands struggling to grow their audiences to the point where they could at least pay the rent.

Fans disinterested in the majority of content hitting their ears via mainstream sources and simply not having the time to sift through the tsunami of music getting released to find "good stuff". Older fans, in particular, resigning themselves to just listening to the stuff they grew up with over and over.

It was our desire to tackle these issues that lead to the launch of our Planet Nerve8 Presents series. We hope you will discover some new favourite acts here!

Tons of cool stuff coming your way!
Make sure you join our mail list so you can see the exciting releases coming!